Unions, legislators and Mothers will remember the bombing of Plaza de Mayo in 1955 • Channel C 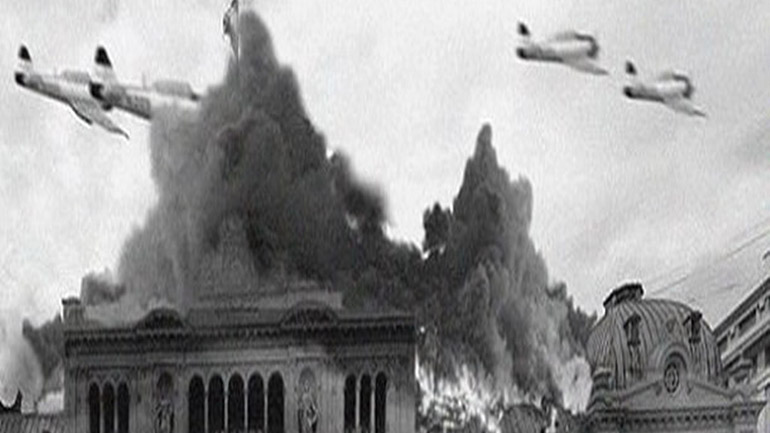 On the 67th anniversary of the attack perpetrated by Navy and Air Force aircraft in the Plaza de Mayo area, the table ‘They have not defeated us’ – made up of ATE Capital, the Río de la Plata sectional Dredging and Beaconing Personnel union , Buenos Aires legislators from the Front of All (FdT) and Mothers of Plaza de Mayo Founding Line – will pay homage in front of the Ministry of Economy building, where “the marks of the bombs are still there.”

On June 16, 1955, the Naval Aviation and part of the Air Force rose up against the constitutional government of Juan Domingo Perón and bombed the Plaza de Mayo, dropping nearly 14 tons of bombs that caused more than 350 deaths and 2,000 wounded.

Referents of unions, Buenos Aires legislators and Mothers of the Plaza de Mayo Línea Fundadora will place this Thursday three commemorative tiles for the June 16, 1955 bombing of Plaza de Mayo, in memory of the more than 300 people killed and thousands injured in the attempt. to overthrow and kill President Juan Domingo Perón.

In statements to Télam Radio, the general secretary of the Río de la Plata Sectional Dredging and Marking Personnel Union, Martín Tomassini, reported that as of 12 noon this Thursday various activities will be carried out and at 12:40, which “is the the first bomb falls, a loud siren will sound and there will be an intervention”. Tomassini explained that three plaques will also be discovered and then the performance of artists will take place on a stage.