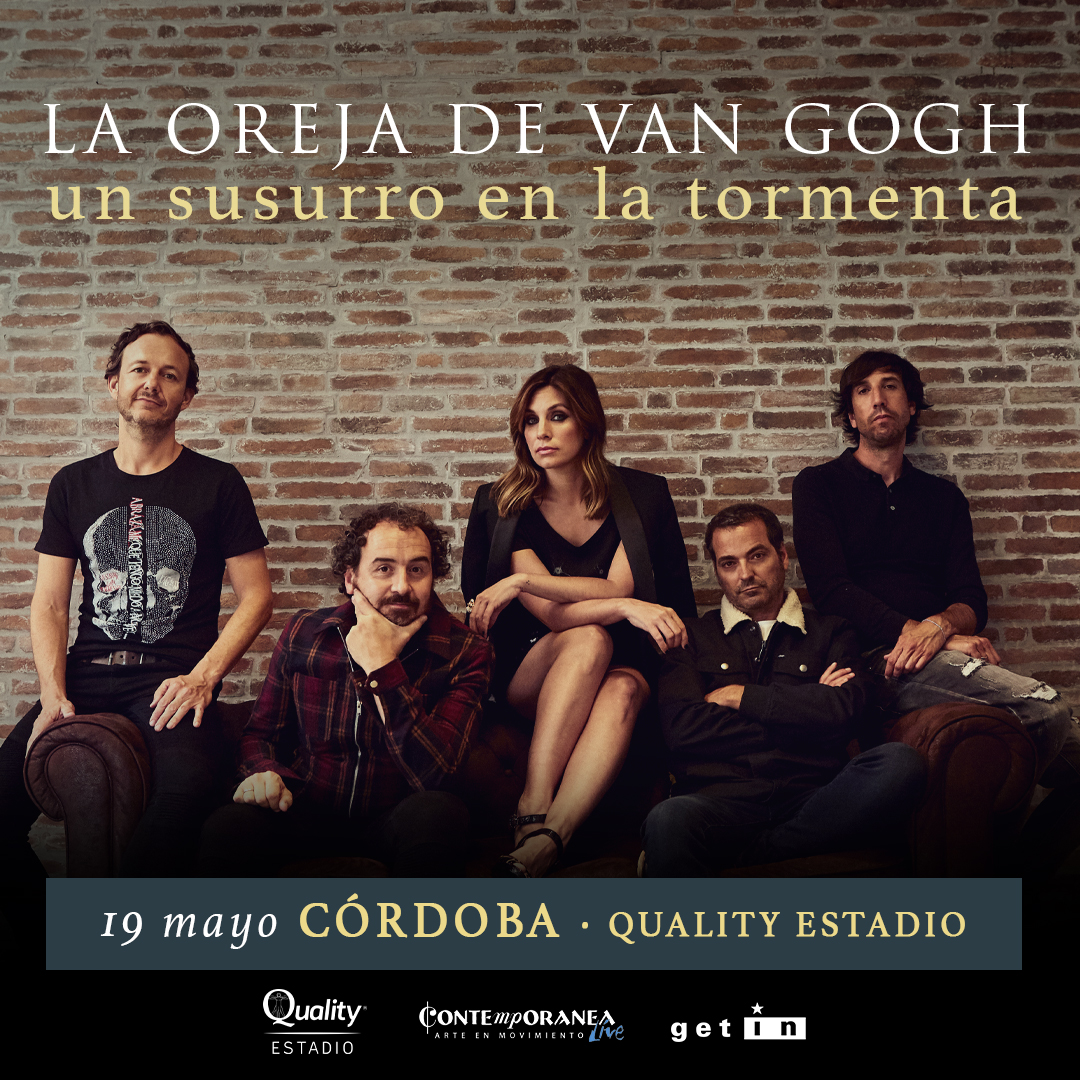 La Oreja de Van Gogh, made up of Leire, Xabi, Pablo, Haritz and Alvaro, will return to the stages of Argentina and Chile in 2022 to present us their new songs live and all their hits.

In this second part of the “A Whisper in the Storm” tour, the group will be fresh from their successful North American tour through 18 of its main cities: Orlando, Miami, Atlanta, Chicago, New York, Washington, San Francisco, Los Angeles and his tour of Mexico.

With the recent success of the tickets sold in those countries and its 2021 tour at the most important festivals in Spain; with doubles and triples in the main cities such as Madrid, Bilbao, Barcelona, ​​Valencia, Donostia-San Sebastián.

TO THE PRICE INDICATED, THE COST FOR SERVICE IS ADDED. They can be purchased on the official site of Quality Espacio.