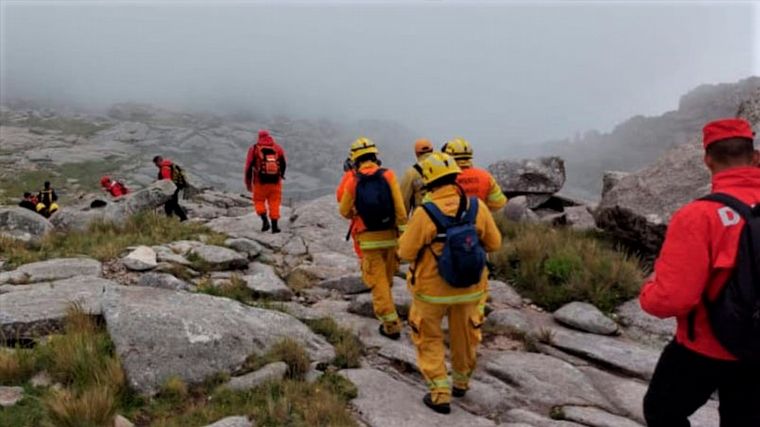 The father of Sofía Fernández, the 17-year-old student from the city of Rosario who died of a decompensation on Thursday during the ascent to Mount Champaquí, in Córdoba, thanked the teachers who were with his daughter “until the last moment” because “they did possible”, while the prosecutor investigating the incident stated that the girl died of cardiorespiratory arrest and required her medical history.

The body of the adolescent arrived last night in the Santa Fe city of Rosario along with her relatives and was veiled today, the deputy director of School No. 1,334 María Madre de la Civilización del Amor, Cristina Jelonche, confirmed to Télam.

The rest of the contingent, made up of 70 students and 12 adults, later arrived in this city after the Río Tercero prosecutor, Alejandro Carballo, took a statement from them to advance the investigation of the case.

“Everyone came back very well, although you have to work hard on your spirits,” said Jelonche.

The deputy director of the establishment, located at 4,000 Ayolas Street, specified that another student of the contingent was hospitalized in Córdoba, along with his relatives, because he underwent an operation for appendicitis and was “well.” In addition, she again denied that there were cases of intoxication among the students who traveled.

For his part, Walter, Sofia’s father, said this morning that when “I went to look for her they had already told me what had happened. My heart aches, the people who were there, the way they helped so that I can bring her here, but that was it, nothing more could be done, I am grateful to everyone”.

The man said that his daughter had had “slight” stomach upsets before traveling with her schoolmates to Córdoba, to make the traditional ascent to Mount Champaquí.

Walter said that he spoke “with the teachers who were with her until the last moment” who “did their best” to save her life, but “it is a very high area, impossible, they had to wait for the helicopter but my baby was no longer there, I can’t blame them for that.”

Prosecutor Carballo reported that the autopsy performed on the adolescent’s body determined that she died of cardiorespiratory arrest and that she will request medical reports from the institutions where she was treated in Rosario.