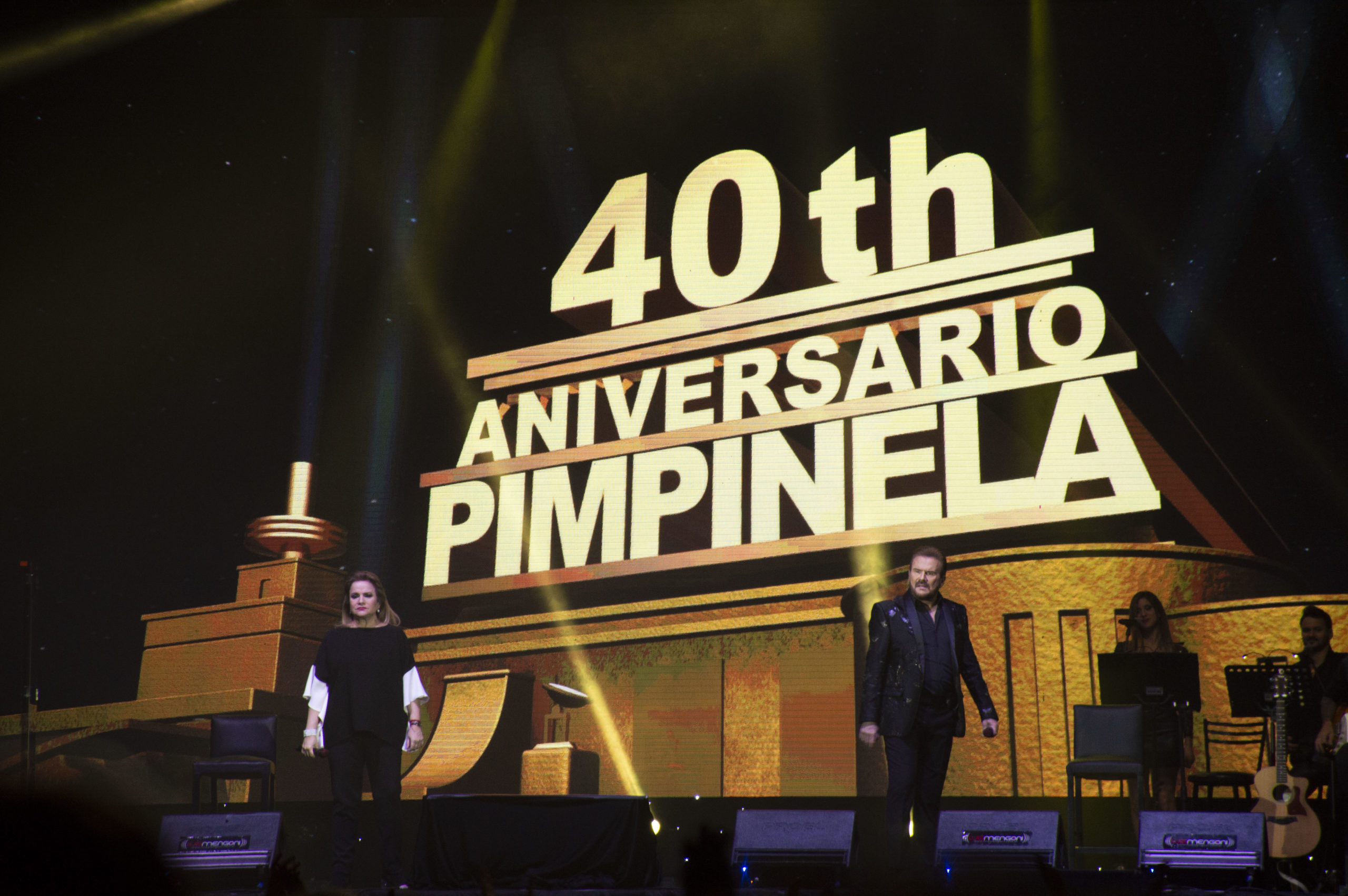 Without a doubt, everyone who witnessed this show can affirm that Los Pimpinela have success after success. We can say that three different generations were able to enjoy this recital that was a party. Sold out in both performances, and an approximate two-hour show, where there were moving songs, ballads, and the acting to which this duo has accustomed us.

WE ARE ON ANNIVERSARY
As everyone knows, Los Pimpinela celebrate 40 years of undisputed history. Many artists were present on the giant screen between songs – leaving their greetings and wishes for this beloved artistic duo. Among them: Julio Iglesias, Maluma, Lali Espósito, Ricardo Montaner, Axel, Luciano Pereyra, as well as actors such as: Benjamín Vicuña, Gabriel Corrado and Carina Zampini.

THE MOST SUNG SONGS
Most sung songs? ALL. “Love cannot be forgotten”, “Mother”, “Brothers”, “The family”, “Betrayal”, “That one”, “Brave”, “Go and turn around”, among many others.

A LITTLE FAN AND ARTIST.
We love to live those moments, where a fanatic takes the stage to fulfill his dream. In this case, a little girl came up that left us all excited. “Music saved my life”, that’s what she said, when Lucia Galán approached her with the microphone. It left our souls speechless, and our hearts mobilized. With joy and to the rhythm of the girl we all sing the song “Buena Onda”.

The final moment of the show arrived and Los Pimpinela, were encouraged to play with the public, to test which fan was screaming the most. A tie defined this game and we all sang “How much I love you” together.

neighbors fear the collapse of a building • Channel C