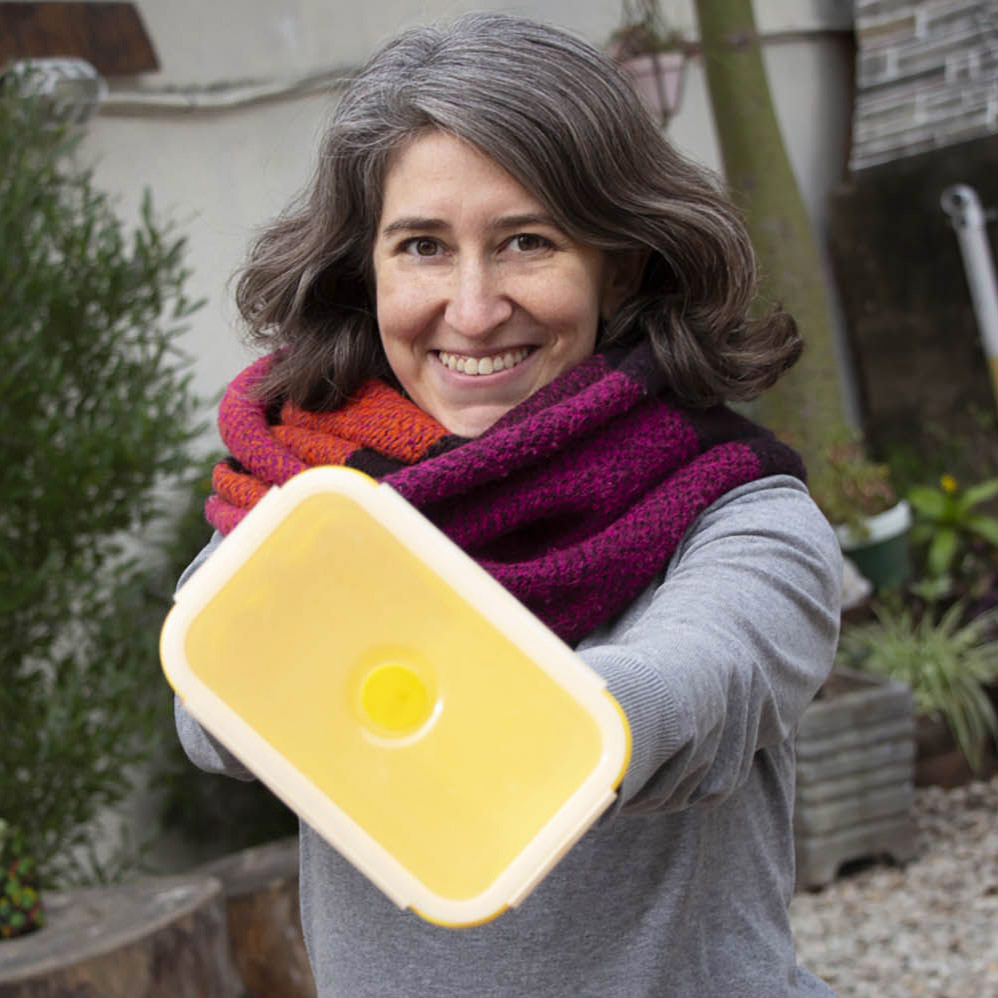 Dafna Nudelman or better known as la loca del taper is an activist, designer and writer who seeks to raise awareness about sustainability. In the series of talks with Mimi Spicher, she spoke about the importance of finding a personal path to break free from consumerism.

This Wednesday in Córdoba, the World Summit on Circular Economy begins, an event that has more than 17,800 participants who seek to learn about caring for the environment. In this context, Dafna Nudelman, better known as the crazy woman with the taper, participated in the cycle of talks with Mimi Spicher and told us about how you can choose a path to sustainability.

Dafna earned this particular nickname a few years ago due to her healthy habit of always carrying a taper in her bag. Along with this container, you can’t miss her thermos, a glass and a couple of cutlery. In this way, Dafna began to raise awareness about the importance of not generating waste.

“I spent many years in the recycling movement and trying to learn how it works. It’s not that simple, government communication is always a bit opaque on the subject. It’s just like recycling and separating but you don’t know what happens next but it is a super complex process with a lot of in-depth effort, “said the crazy woman with the taper, remembering her principles in the sustainable movement. “After I managed to see that, I said that the best waste is the one that is not generated, so I go prepared with my taper and I can reject that disposable,” she added.

Asked about the change that is taking place in the province around the circular economy, she said “It’s good because little by little it begins to expand to people who have not always been thinking about these issues but it seems that the companies that are doing something for the economy circular are those that have always had a sustainable DNA”

On the other hand, the crazy woman of the tapers assured that it is not a change that has to do only with the garbage but that it is something that goes much further. As an example, she explained that many people were angry with environmentalists when they changed plastic straws for paper ones, when in fact that was never a request from those who try to take care of the environment. The measure generated another type of residue. “We don’t need to change a material to be sustainable, we need to change our mentality,” explained Dafna.

“Think that years ago when plastic bags were imposed in supermarkets they also had to force people to get used to it. We are talking about habits,” he stressed.

“Being sustainable is not that you are going to throw away the plastic comb that you have in your house and you are going to run out and buy a wooden one. The most sustainable thing we can have is what we already have. We must begin to understand the literal word of consume, that we are eating that product, degrading it and it will not be there again,” he clarified