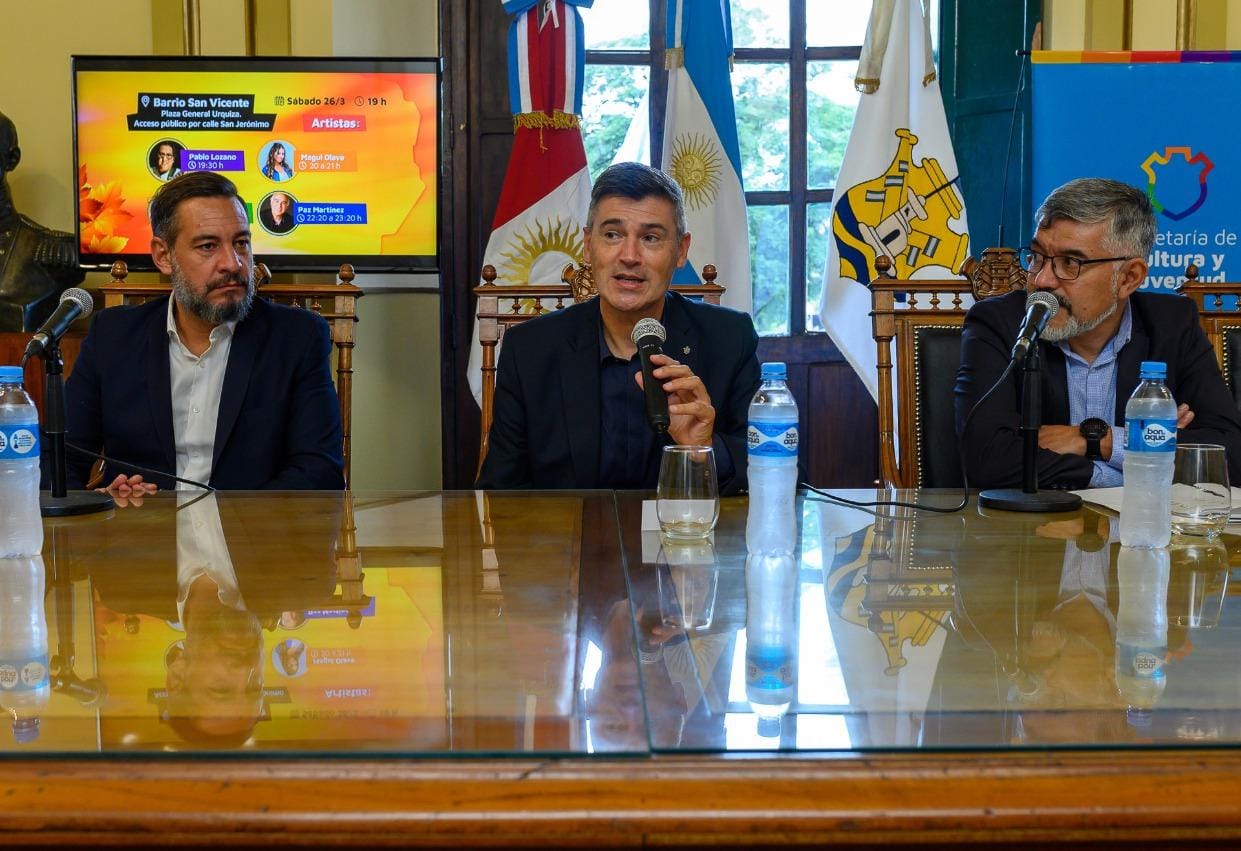 The Municipality of Córdoba, through the Ministry of Culture and Youth, will carry out different free shows that will include the participation of Paz Martínez, Valeria Lynch and local artists such as Jean Carlos and the Small Jazz Band.

The musical events will take place this weekend with a complete grid.

On Saturday, March 26, at Plaza General Urquiza in the San Vicente neighborhood, the artists Pablo Lozano, Magui Olave, Campedrinos will perform from 7:00 p.m., and the closing will be in charge of Paz Martínez.

Meanwhile, on Sunday the 27th, starting at 4:00 p.m., it will be the turn of the musical group Brisas del Norte, the Small Jazz Band, led by Jean Carlos and Valeria Lynch as part of the closing of the event.

The invitation will take place in Argüello Norte (site at the entrance of the Argüello Academy), with access through Juan Masramon and David Cetra streets.

The official presentation of both recitals took place this Tuesday morning at the City Council. Deputy Mayor Daniel Passerini was present, accompanied by the Secretary of Government, Miguel Siciliano and his Culture pair, Mariano Almada, and other officials who provided details of the concerts.

The municipal deputy mayor, Daniel Passerini, expressed the government’s decision to bring cultural activities to the public spaces of the city: “The idea is precisely to promote the meeting of the Cordovan family in the spaces of the city that have been recovered.”

For his part, Mariano Almada highlighted the realization of these events and highlighted the value of being able to provide free, quality programming for all residents. “They are free access events for the enjoyment of consecrated artists at the national and local level, made available to the community by indication and idea of ​​our mayor Martín Llaryora”.

During the presentation, Miguel Siciliano announced the accompaniment of his area for the performance of the shows. “I congratulate the Culture and Youth team for these proposals. When the city is alive, in movement, when the public space is recovered, the neighbor enjoys it and appropriates it”, concluded the municipal government secretary.

The outstanding cultural program is added to the extensive summer agenda that saw more than 20 neighborhood carnival festivities pass between February and March, in addition to the numerous activities that, according to Secretary Mariano Almada, will come during the year, to continue bringing to artists and culture to the neighborhoods of the city