What does the Liaison Table claim? • Channel C 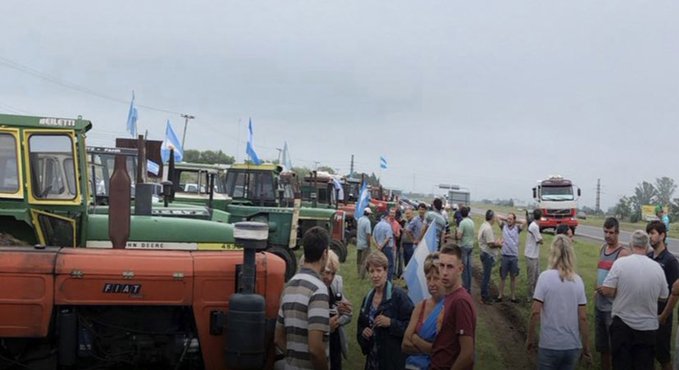 This Wednesday the field carries out a 24-hour cessation of commercialization throughout the country, as a claim for the tax pressure and the lack of diesel that the sector suffers. Demonstrations will be carried out in different regions but without roadblocks, as the authorities of the Liaison Table specified from the beginning.

The measure was promoted by the leaders of agriculture several weeks ago and will contemplate a 24-hour cessation of grain and farm marketing. “It’s a cry of desperation. The countryside doesn’t give any more. Not only because of the tax pressure, but also because of the pressure that is felt due to the lack of policies. There is uncertainty and distrust,” said the leader.

Among the reasons for the protest are the shortage and overpriced diesel and fertilizers, the exchange rate gap, the tax pressure on the sector, the lack of clear rules, policies that are harmful to agriculture, as well as others that exceed the sector such as inflation, high levels of poverty and indigence, the deterioration of education and health, and the defense of institutions.

Particularly in Córdoba, the rural leaders decided to accompany the strike and the mobilization and established that each entity will decide the type of protest. However, the Rural Society of Córdoba does not adhere to the measure, as stated by the organization’s vice president, Sebastián Trossero.