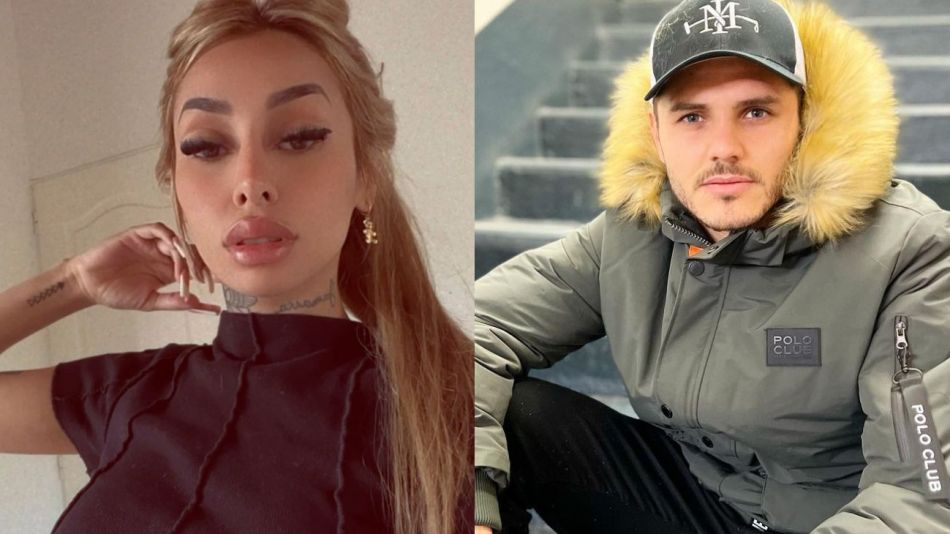 Wanda Nara and L-gante have been on everyone’s lips for weeks because of their supposed romance, since since the media settled in Argentina they became inseparable. Not only did they share the advertising campaign for her sportswear brand, but they have been shown together in the businesswoman’s house and exchange messages on the networks that make people talk. And as if that were not enough, Tamara Báez revealed that, as a result of the rumors, Mauro Icardi began to speak.

“Do you know Icardi or did you have any contact with him?” Daniela de Lucía asked him in a telephone conversation with In the afternoon, the cycle that Karina Mazzocco leads on América TV. And despite the fact that she had been on the air for several minutes, the young woman preferred to remain silent and let her lawyer respond. “They got in touch,” acknowledged Juan Pablo Merlo.

And when asked if, in addition to talking about the relationship that unites Wanda with Elián Ángel Valenzuela -that’s the singer’s real name-, the player would have tried to conquer her, Tamara appealed to the mystery. “I can’t tell you that… We’ll talk later!” She said with a laugh, leaving the door open for speculation. And she even dared to leave a message for Wanda: “Good luck and thanks for getting me off my back.”

That was not all, since minutes before the interview in the show cycle, Tamara had reported through social networks that someone had entered her home and had taken her belongings, such as her shoes and the car. And her lawyer assured that those who appeared in the entry register to the private neighborhood were Elián, Wanda and Kenny Palacios, her stylist.

Angry at this serious accusation, Nara responded through an Instagram live. “The impunity with which they claim so many lies seems so serious to me. Anyway,” she limited herself to saying, visibly upset. Of course, Tamara also assured that the “researcher” of Who is the mask and the singer of cumbia 420 sleep together, but the blonde did not confirm or deny her statements.