What was discussed at the meeting between Schiaretti, Bordet and Perotti • Channel C 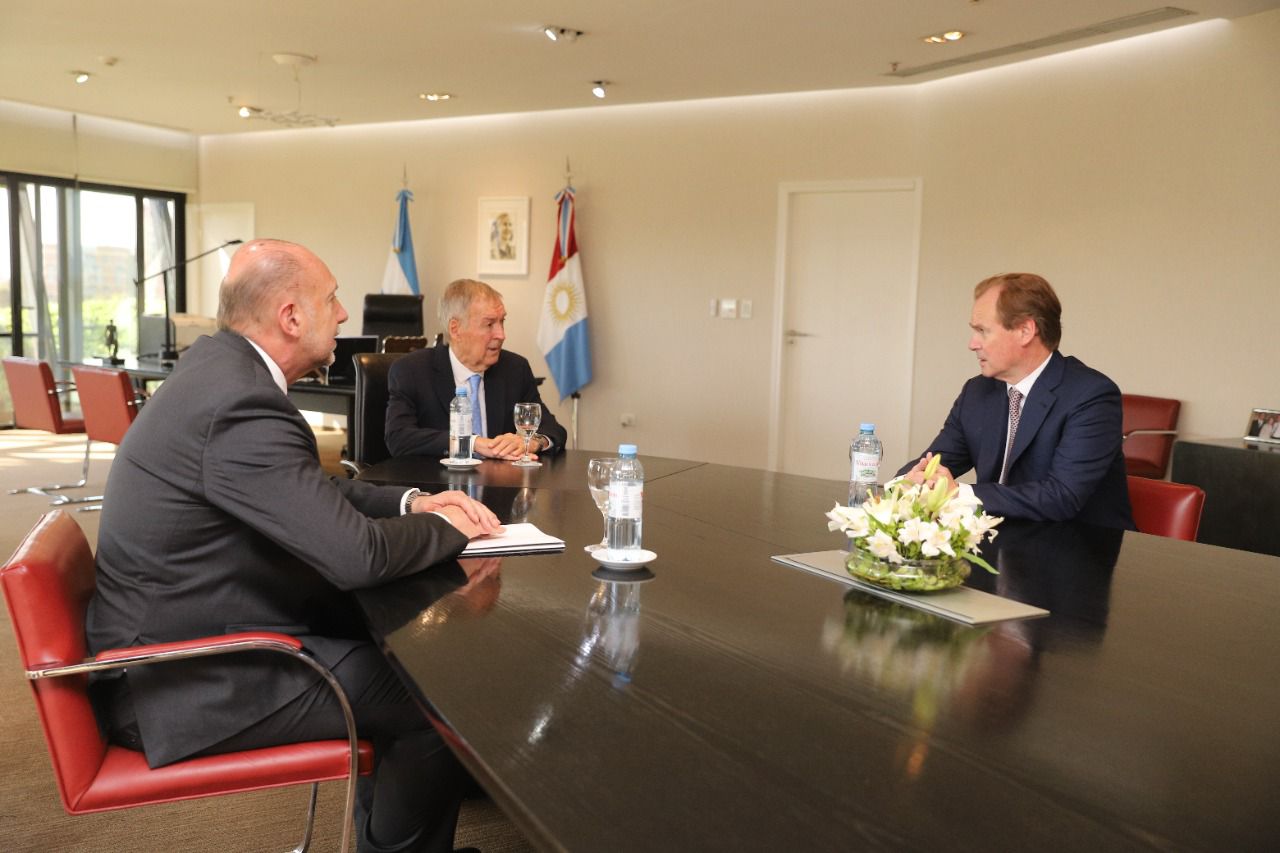 As planned, Governor Juan Schiaretti met this Wednesday with his peers from Entre Ríos and Santa Fe, Gustavo Bordet and Omar Perotti, respectively. The main objective of this meeting was to develop the work agenda for the remainder of 2022 in the Central Region, the space in which the three provinces of the Central Region have coincided for the last 24 years.

In what decisions did the provincial leaders advance?

• The First International Corn Congress to be held in the City of Córdoba on October 19 and 20 was declared of regional public interest.
• Request the inclusion of the use and production of biofuels in the National Plan for Adaptation and Mitigation to Climate Change, raising the cut to 12.5% ​​and then to 20%.
• Promote a common space made up of Biofuel-Producing Provinces.
• Approve the schedule, objectives and institutional agenda to be developed in the trade mission to the Republic of Singapore and the Republic of Vietnam that will take place between November 9 and 19 of the current year.
• Within the framework of the 2030 agenda, the First Regional Meeting on Sustainable Development Goals was approved, to be held on October 19 in Córdoba under the title “Look at Regional Action towards the SDGs”.

It may interest you: Esteban Avilés announced the news of Pre-Trip 3

• The City of San Francisco was established as the venue for the regional conference “Logistics Future of the Central Region”, to be held on September 28.
• The First Supra-regional Knowledge Economy Forum to be held on September 13 in Córdoba was declared of regional public interest.
• Promote the full incorporation of the Province of Córdoba to the Waterway.
• Request the National Executive Power to update the values ​​of the debts generated with the pension funds of the provinces. The figure for 2019 is currently available.
• The construction of the Central Bioceanic Corridor was supported, promoting the meeting with the provinces of San Juan, Catamarca, La Rioja and Mendoza.
• Request the National Executive Power for the equitable distribution of transport subsidies.