Will Smith slapped the host of the Oscars • Channel C 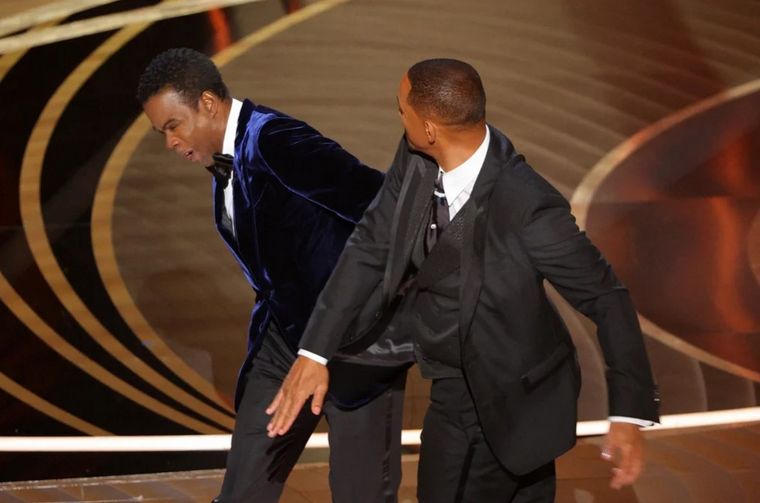 Will Smith stormed the stage and punched Chris Rock in the face for joking about his wife, Jada Pinkett Smith, in an incident that went viral and left stunned audiences wondering if it was serious or part of the show’s script.

Rock had come on stage to present the Oscar for Best Documentary and made a joke about Jada Pinkett-Smith’s shaved head – who has publicly acknowledged that she suffers from alopecia – by comparing her to Lieutenant O’Neil, played by Demi Moore, in the 1997 film, GI Jane (To the limit).

Chris Rock, who has been in charge of the ceremony in other years, went on stage to present an award, and he did it by making heavy jokes. On this occasion, his comments made the protagonist of I am a legend angry. In a moment that filled the Dolby Theater with silence and confusion, Will Smith walked over to Rock and punched him in the face, then returned to his seat next to Jada, where he yelled, “Keep my wife’s name out of your mouth.” *ta boca” , forcing the producers to interrupt several seconds of audio from the broadcast.

Actress Jada Pinkett Smith suffers from alopecia and publicly revealed her diagnosis in 2018. In the broadcast, you can see the gesture of disapproval that Jada Pinkett made about the joke that sparked laughter from those attending the ceremony. After the Rock incident, even from the stage, they tried to lower the tension and continued joking with resolving the matter at the party at the end of the ceremony, without the attendees still knowing if what they saw was real or simulated.