With 132 votes in favor, the Single Ballot Bill goes to committee for debate • Channel C 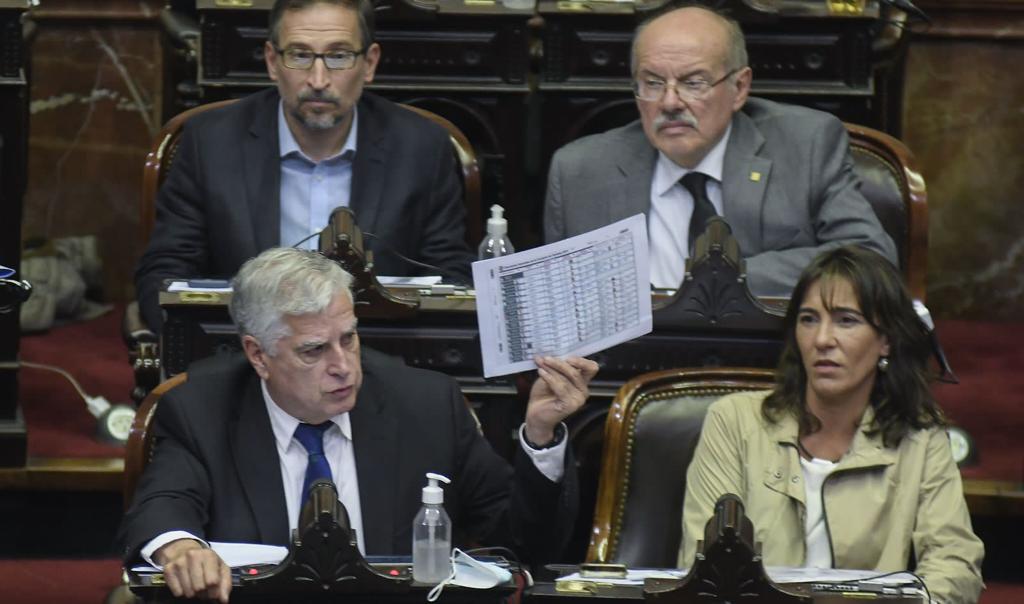 At the beginning of the special session of Deputies that is taking place, the opposition obtained a great victory, achieving with 132 votes in favor that the bill of the Single Ballot Law passes to the commission for its debate and treatment. During the vote, 116 deputies voted against and there were three abstentions. Thus, the ruling party was summoned to constitute the Constitutional Affairs, Justice and Budget commissions so that within a month they issue an opinion on the implementation of this electoral tool.

One of the strongest positions was that of Deputy Carlos Gutiérrez (Córdoba Federal), who made clear the success of the experience in Córdoba, which has been used since 2011, being the first province to put it into practice. In addition, together with the other members of the block, Ignacio García Aresca and Natalia de la Sota, they were in charge of distributing to the legislators in the room a copy of the ballot of these characteristics used in Córdoba.

“We have left many colleagues on their benches the specific instrument (single ballot) with which we Cordobans have been voting. For the people of Cordoba, the benefits of the single ballot are not under discussion. Ask any Cordovan if he wants to go back to the previous system (which only applies in Argentina and Uruguay) as a hindrance for many years where the electoral system was not up to the circumstances,” Gutiérrez said.

And he added: “I ask colleagues, leaders and militants: Do not be afraid of the single ballot, do not be afraid of any improvement in institutional quality, improvements do not mean being against any progressivism or (modifying) electoral chances . We should celebrate that we can be exhibiting that when you search, you have the temperance to carry out the agreements, results are achieved that are not only good by thinking of the single ballot; but thinking about many other laws that we have ahead to deal with”.

“Hopefully many other blocks and deputies will join, not only from the opposition with this criterion of accepting that Argentine society today needs these agreements and this transversality that we humbly from Córdoba and from our Interbloc try to interpret and specify,” he concluded. deputy.