With the declaration of relatives, the trial for the crime of Nora Dalmasso continues • Channel C 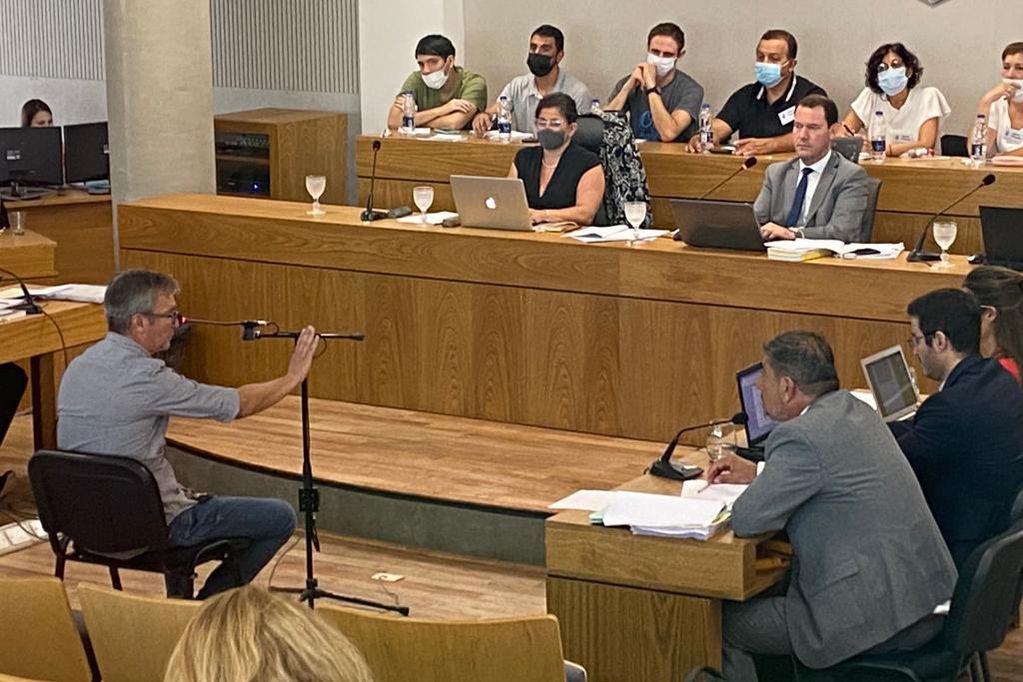 Nora Dalmasso’s brother and other relatives will testify today as witnesses in the trial by jury that the widower Marcelo Macarrón is being followed for being the alleged instigator of the femicide that occurred more than 15 years ago in the city of Río Cuarto in Córdoba.

The court of the Criminal and Correctional Chamber of the 1st. Río Cuarto nomination convened for today at 9 am. Juan Dalmasso, brother of Dalmasso, who is presumed to be the first to testify as a witness on the fifth day of the debate.

Then, the testimony of Jorge Grassi (the victim’s cousin) and his wife Nana Malenka Gavazza, Silvia Magallanes (friend) and Adrián Radaelli (neighbor) is expected.

As is happening in this first stage of the trial process, this fifth hearing will give continuity to the receipt of testimonies and documentary evidence associated with the chronology of the events from the discovery of Dalmasso’s body, about the people who were in the place, in addition to determining if the protocols for the preservation of evidence were complied with.

Juan Dalmasso and his mother Delia “Nené” Dalmasso were the only plaintiffs in the file during the investigation of the case, although they finally gave up continuing that representation because they disagreed with the accusation against the widower, according to the victim’s son. , Facundo.

In the investigation stage, Juan Dalmasso had provided as evidence a notebook of Nora’s in which she had notes related to her private life. In the case he had stated that in the marriage between Nora and Marcelo “they argued a lot”, but that it was “a good marriage” and an “excellent relationship, at least in the eyes of third parties”.

The five witnesses who will testify today were at Nora’s house on November 26, 2006 once they became aware of the crime, and they observed all the work movements of the investigators from the beginning and about the elements seized in the family’s house. , located in the country Villa Golf.

In the case of Adrián Radaelli, he lived next to the house of the Dalmasso and Macarrón couple, and it was his father Pablo Radaelli who received a phone call from Delia ‘Nené’ Grassi, Nora’s mother, asking him to come to his father’s house. daughter because he did not answer her phone calls.

Pablo, for health reasons, will not testify in the jury trial, therefore it will be his son Adrián who will recount the details of the actions carried out by his father, who was the first to see Nora’s lifeless body.

This witness had already testified last Wednesday, but at the request of prosecutor Julio Rivero, he will expand his testimony tomorrow.

The jury trial for Dalmasso’s crime began on Monday, March 14, and has the widower Macarrón as the only defendant, for the crime of “homicide qualified by the bond, by treachery and by price or remuneration promise in an ideal contest”, which contemplates the sentence of life imprisonment.

🔴 Nora Dalmasso’s brother is one of the 4 testimonies scheduled for today. The accused is already in court. Facundo and Valentina Macarrón are in the courtroom. pic.twitter.com/Pdll7BTog3