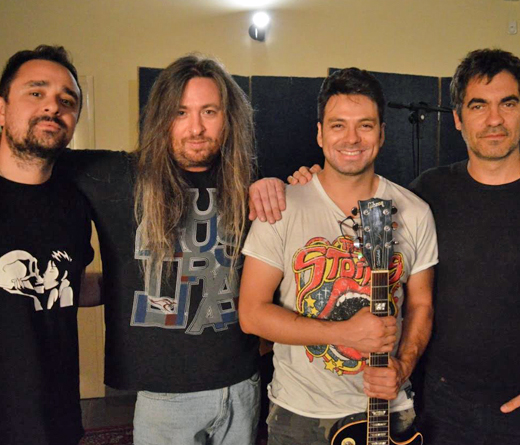 Witness presents its new cut for diffusion “Melodías de Soledad”, this song has a feat by Esteban Kabalin (Córdoba) and with the artistic production of Mariano Martinez from Attaque 77, it also includes a video clip directed by Erick Culasso in a great production that is now available on the band’s official channel.

Accompanied by this single, Witness launches “Arden Flores”, an album that includes 12 songs that was recorded by Alvaro Villagra months before the pandemic and that today comes to light after several years waiting to be shown to the public. As a closing and finishing touch, the power trio is finishing its 2022 tour of the country celebrating its 10 years as a band

Witness is a group formed in 2012 in the city of Córdoba. Their first album was · No Me Importa · recorded at the Maya Studios the same year, material that determines the search for the band’s style. In 2015 they contacted Edu Schmidt (Ex Tree), a well-known producer in Argentina, with whom they worked on their second album called · Maquinal · This production was edited by Sony Music and distributed by Popart Discos, the first broadcast cut “Pitufos” and the second cut “Recordando”, material that takes them on tour around the country, opening the way to new followers.

In 2018 Witness decides to record a Third, this time produced by Mariano Martinez from Attaque 77 and recorded in Estudio del Abasto Monsterland by Alvaro Villagra (Grammy winner for best production of Santana from the album Sobrenatural) work in which the first cut ” Nunca Entenderás ” song that features the participation of Mariano Martinez singing a duet and imposing his unmistakable guitar sound.