witnessed an assault and filmed it • Channel C 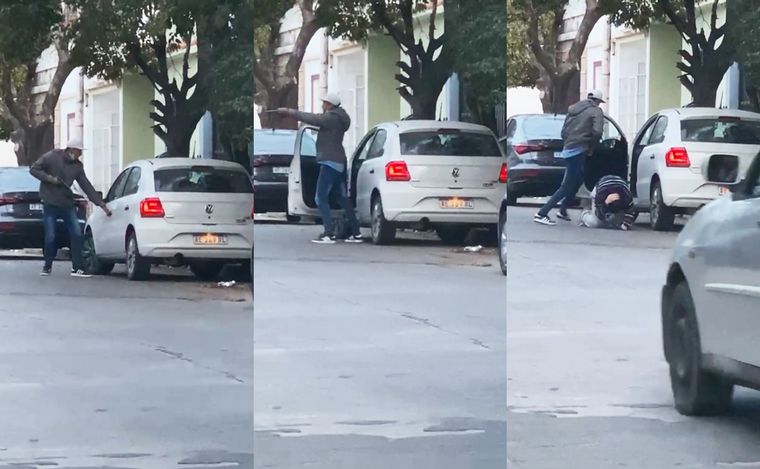 A violent armed robbery was filmed by a casual witness yesterday afternoon. The event was recorded at 6 pm this Friday at the intersection of Argandoña and Leartes streets, in the San Vicente neighborhood.

What is particular about the fact is that you can see how two criminals operate with total impunity: with their faces uncovered and in broad daylight. The victim turned out to be a motorist from whom the individuals tried to steal his Volkswagen Gol vehicle at gunpoint.

In the images it can be seen that one of the thieves forces the man to get out of his car, while an accomplice wins the passenger seat.

Seconds later it is observed that before the evident pressure exerted by another motorist and the shout of neighbors, the criminals abandon their purpose and flee the place running.