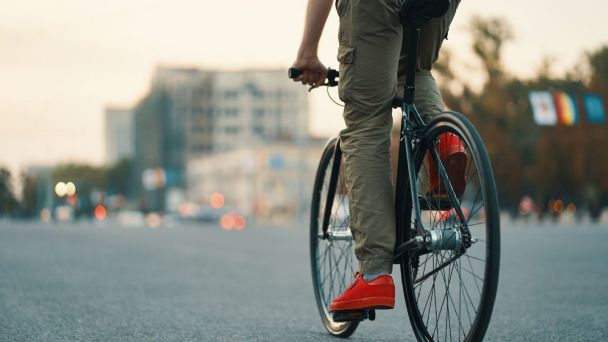 Like every September 22, World Car Free Day is commemorated in order to raise awareness about the excessive use of this means of transport. For this reason, in several countries around the world, actions will be carried out to encourage the use of other means of transport, at least for one day but with the hope that little by little the use of these vehicles will be considerably reduced.

The origin of this date goes back to the year 1973, when several European countries saw limited oil reserves and therefore fuel due to the fact that the Arab countries allied in the Organization of Petroleum Exporting Countries (OPEC) suspended the sale of oil to countries that supported Israel during the Yom Kippur War.

In this way, some alternatives are beginning to emerge to reduce the use of vehicles, such as gasoline rationing, as well as the promotion of the use of more efficient means of transport.

Because another city is possible!
East #22S We call on citizens to leave their cars behind for a day and try other, more efficient and sustainable means of travel such as walking, bus, bicycle, rollerblades, etc. pic.twitter.com/dBlwIDtTQP

Today we celebrate World Car Free Day! An initiative to improve the quality of life and reduce pollution in cities.

Let’s use the bicycle as a healthy, safe, economical and fun alternative to transport. ❌🚗✅🚲#MoveSustainable 🚴 pic.twitter.com/3ud0i23Nxi

📌 On World Car Free Day, give the planet a break! 🌎 Make a difference and leave your car at home to rediscover your city by bike, public transport or walking. 🚲🚉
🔍 https://t.co/jcfF86m6dN pic.twitter.com/OHyo9ONshd

Why is it advisable not to use the car?

The reason for proclaiming a World Car Free Day was mainly focused on raising awareness of the true use that should be given to this means of transport.

Generally, people tend to move comfortably in their car even for short distances, increasing traffic, vehicular chaos and air pollution.

This is due to the emission of highly harmful gases and particles generated by the internal combustion engines of vehicles, such as carbon monoxide (CO), carbon dioxide (CO2) and nitrous oxides (NOx).

On the other hand, the continuous use of vehicles implies a fixed expense that affects family income: gasoline, parking, preventive and corrective maintenance, insurance and taxes.

Cars not only generate more environmental and noise pollution. They also contribute to the increase in traffic accidents and loss of life. Likewise, they encourage a sedentary lifestyle in people for not walking to get around, causing consequences in the body, such as morbid obesity.

The initiative to create this World Day allows us to reconnect with our body and with the environment. Likewise, it promotes various transportation and mobility alternatives, such as the underground train system (metro), the use of bicycles, skateboards, rollerblades, and why not? just walk.

The celebration of World Car Free Day should not be the exclusive responsibility of the authorities of each locality, the participation, commitment and initiative of all citizens being absolutely necessary.

Among the actions carried out around this event, the following stand out:

Educational: through talks or events, to raise awareness in the community about the indiscriminate use of cars and the consequences that impact the environment and people’s health.

Informative: to publicize alternative routes and means of transport, such as the subway, bicycles and roads for the circulation of motorcycles.

Development of local projects: Some countries present innovative proposals for more ecological means of transport, such as parking areas for bicycles, bicycle lanes, skating routes, among others.