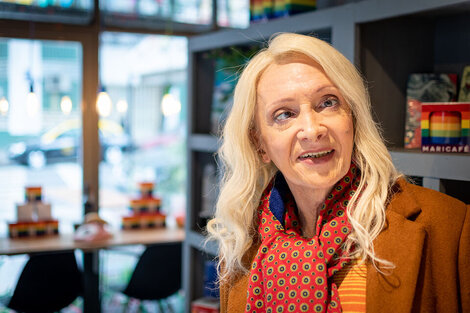 The Buenos Aires channel Crónica TV must compensate the media and representative of the LGBTIQA+ group Zulma Lobato, who sued the media for “damages”, for which she will receive $300,000.

Everything arose after an episode that occurred in 2011. At that time, Lobato attended the program hosted by Anabela Ascar to promote her work. But off the air he suffered a serious decompensation, which was recorded by the cameras and then the images were released without his consent. As of the event, Zulma sued for damages against Estrellas Satelital SA -owner of the Crónica TV signal-, the host Anabela Ascar and the producer César Notaro.

The Justice determined in the last hours and eleven years after the incident that the broadcast images “did not deal with a matter of public interest, since the plaintiff suffered an episode in which her health was compromised, in the studios of a television channel (out of the air), and it was decided to record it in its entirety and then expose it in a later program”. Thus, they indicated that “in the course of that broadcast honor, intimacy, and image were injured of Mrs. D (Zulma Lobato)”.

It should be remembered that Lobato had expressed before the note that he did not feel well, and according to his statement, when he expressed his discomfort, the production’s response was “it doesn’t matter, we have to sell.”

Among other topics: After the loss of Morena’s pregnancy, Jorge Rial referred to the subject