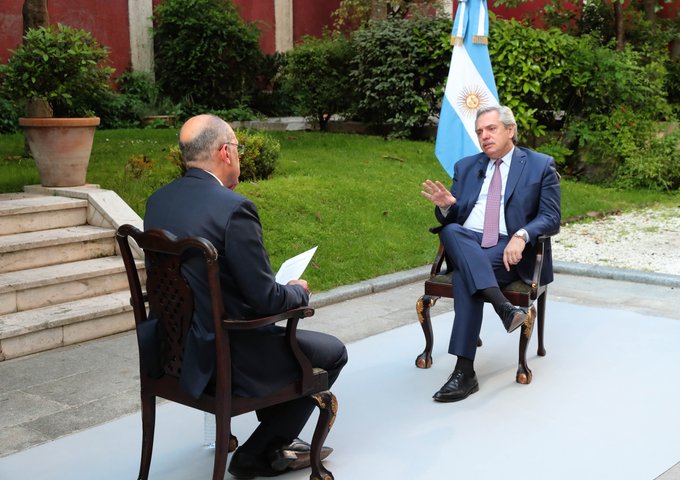 President Alberto Fernández confirmed from Madrid that he will seek reelection in 2023, since he feels “with all the strength necessary for Argentina to stand up.” This was stated by the president during an interview with RTVE (Spanish Radio and Television), within the framework of the tour of Europe.

“Do you see yourself strong enough not only to finish your mandate, but to stand for re-election in 2023?” journalist José Antonio Guardiola asked the President, who replied: “I absolutely feel strong enough to make the Argentina stands up. And I’m going to put it on its feet.”

“I understand that he has said more or less yes,” the interviewer insisted, to which Fernández confirmed: “Definitely, definitely. If there is something that happens to us Peronists, it is that we never give up. They killed us a thousand times, we They persecuted us, they disappeared, they overthrew us over and over again… We don’t know what it is about lowering our arms.” On March 8 of this year, he had already referred to his management as his “first term”, during an act in José C. Paz.

In relation to the differences with the Vice President and the cracks within the government, he maintained: “The country that I want is the same one that Cristina wants.” And he concluded: “I am as concerned as she is about income distribution, inflation, that the powerful do not continue to appropriate the income while millions of Argentines remain submerged in poverty. Sometimes we do not agree on what is the best way to reach those goals and that creates a lot of noise, but the noise doesn’t bother me.